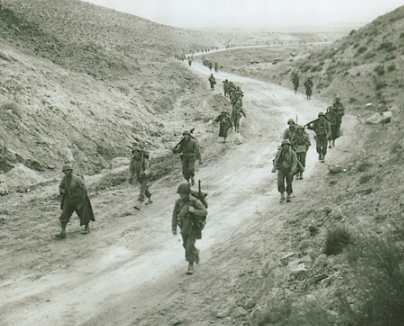 Well, we are now at the halfway mark for 2022. This year's scenarios have been fun to put together. I took a break from DASL designs and wanted to do some DTO themed scenarios. July and August both will be DTO lite, meaning they are set in the DTO...but not quite sandy...dusty...sun blinding scenarios. I may go that direction in the future with something around the Gazala battles. Time will tell. I'm already researching some Operation Torch themed scenarios. 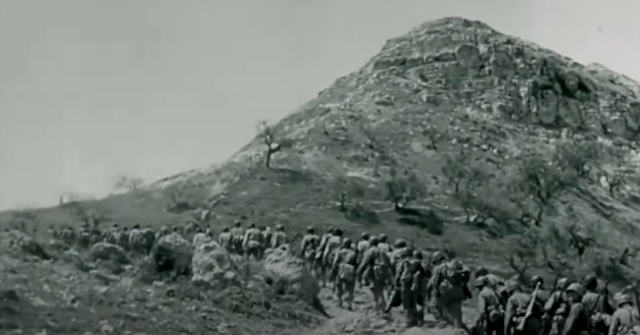 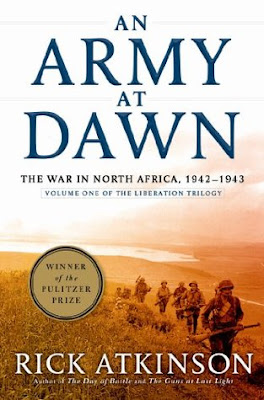 Rick Atkinson's excellent An Army at Dawn provided the source material for this month's scenario. My first inclination was to create a scenario around the Battle for Hill 609. This was an epic battle for the young American Army and a bit of a turning point for becoming an experienced force capable of achieving victory against the Germans. But a quick search of the ASL Archive revealed that this battle is already the subject of many scenarios.

So, I scanned the maps and read through the text and pivoted to create a scenario around the fight for Hill 523. Less well-known, this fight would be a tragedy of errors and the price of impatience.

In short, Terry Allen of the 1st Division was tired of the 34th Divisions slow slog in taking Hill 609. So, against the advice of his staff, he launched an assault on Hill 523. Some successes were made, but the German counterattack which sneaked through an earthquake fissure resulted in a near total loss of entire US Battalion. Hill 609 would fall and fully reveal Allen's impatient assault as a complete waste of lives. So yeah...a scenario based on that will be a HOOT right!?! Maybe...maybe not.

The Americans ultimately lose and lose big. Recreating this with some semblance of balance is not an easy task. The American player has the assets to prevail or force a tie but will be hard pressed by tough German paratroops. This is one of those scenarios that you play to experience the flavor of that particular engagement. Sometimes that's an enjoyable aspect of playing ASL. Hopefully that is the case with this scenario. 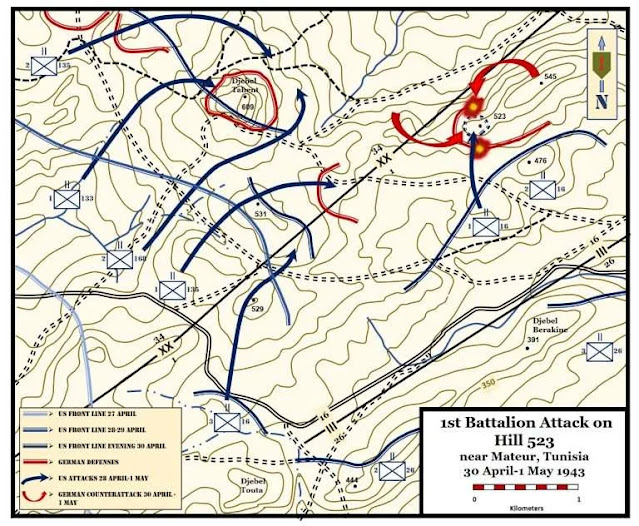 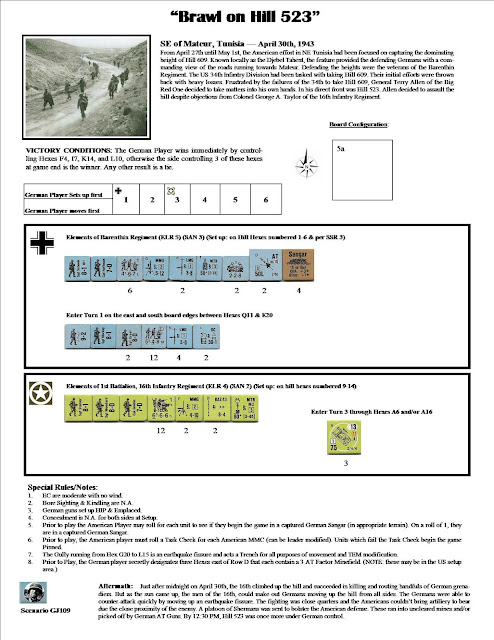 The PDF versions (courtesy of Frank Leitz) can be downloaded from the User Files Tab.

Posted by GrumbleJones at 11:03 AM