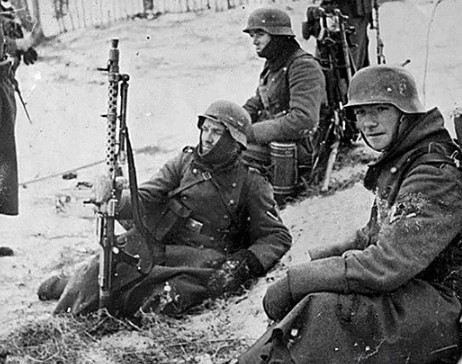 Feels like a long time has passed since our last "Our Saturday Game". Two weeks without any ASL feels like a lifetime when you have used to playing 3 games a week. But life and ASL can intervene from time to time to keep ASL off the docket. In my case, my regular STL opponent has been caring for his mother after she suffered a heart attack. Good news is that she is recovering nicely, but this also requires my opponent to suspend play and care for her during this time. During my high school years, she was my second mother as I lived at my STL buddy's house. D&D was the primary game that we played, as my buddy resisted Squad Leader for many years. And in the case of Dan, well Dan was busy at the Texas Team Tournament. Dan would finish in Second Place for the Major Johnson Award and win the Audie Murphy Cup for most Snake-eyes! So congrats Dan on a great performance.
Time away from ASL isn't always bad. It gave me time to focus on my new job and get acclimated to my new surroundings and teammates. So far it's been a great experience. 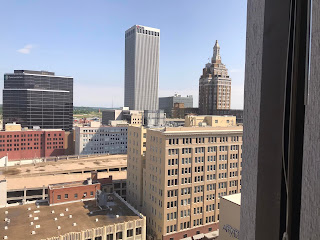 And soon I'll be headed to Midland, Texas to put some boots on the ground where the oil extraction operations are taking place. One of the great aspects of working in Supply Chain is the opportunity to see how things are made...like living in that Richard Scary book!!
I have stood on catwalks at USX Gary Works to see the giant ladles of steel, I walked the production lines of Hawker-Beechcraft with jets and turbo props filling the plant, I've seen the largest screw press in the world in Austria, aircraft engine production at Pratt-Whitney, Neptune Washers and Dryers in production in Iowa, Ritter Sport Chocolate bars in Germany, and a hundred other manufacturing operations. I'm very fortunate to have seen so much during my career. Looking forward to learning about the Oil & Gas Industry. 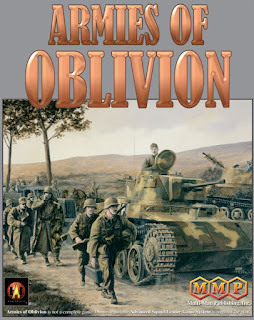 After catching up on Dan's stories from Texas, Dan and I jumped into a playing of ASL Scenario 224 Beachhead at Ozereyka Bay.  This scenario has deep roots. It first appeared in 1979 as part of the Series 100 Scenarios for Squad Leader/Cross of Iron. SL 106 would find it's way into ASL as Annual Scenario A26. My STL buddy and I would play A26 on January 15, 1995. I would win as the defending Germans/Romanians.
ROAR has that version of the scenario with 21 Russian wins and 23 German/Romanian wins. I always enjoy replaying classic scenarios. It just takes me back to the early days of the game.
George Kelln (Lone Canuck) also has an entire CG devoted the Battle at Ozereyka Bay. I have that and will eventually play some of it. 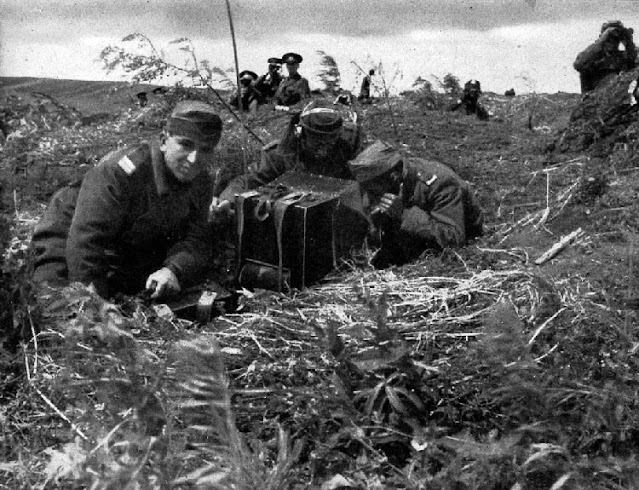 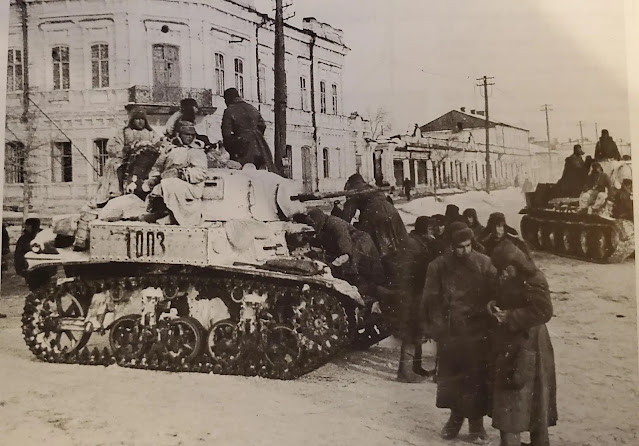 Ground snow would be in effect and Hill 547 would be open ground and Hill 534 would be woods. The Russians would win immediately by exiting 10 VP off the board between 3Q1 and 3Y1 as long as both German guns were eliminated and/or captured.

And now for Dan's Pre-Game Comments:
"The Russians must attack and destroy the two 105 ART guns and exit 10 VP from the northwest side of the village (which is opposite from the guns).  While they get two tanks the attack is mostly infantry.  The plan will be for the 82mm MTR to set up where it can see the guns and will place smoke on them.  While the 50mm MTR and 9-1 with three squads and the HMG with two MMG set up to fire at the guns.  Most the rest of the attack force will set up on board 4 and attack into the board 3 village.  Hopefully the Axis guns can be smoked and the 9-1 kill stack is able to eliminate the Axis positions with ROF."

My defensive strategy was to put the Romanians out front to try and slow down the Russian advance across the open ground. My guns would deliver whatever punishment they could and my Germans would hang back in the rear and contain Russian breakthroughs. 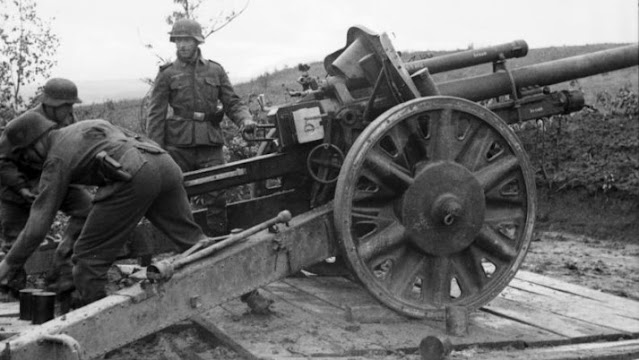 I would expect much from my guns and they would deliver.

Dan's attack was preceded by his base of fire units hitting me. His 82 MTR would place its only smoke round on my H3 Gun, while his other MTR's and machine guns peppered my defenses. 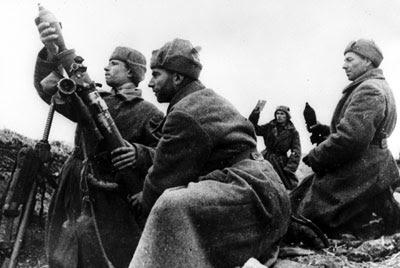 The initial clash of arms would hurt both of us. I would KIA the crew manning the 82 MTR and Dan would break my Romanian machine gun nests. He would also have a 7-0 go berserk and go on to be a Hero of the Soviet Union. 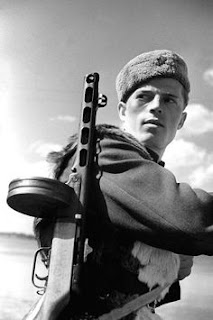 Turn 2 Russian and Dan's boys make good progress. My Romanians rolled very poorly with -2 shots. And Dan's berserk 7-0 was a bullet magnet that just simply couldn't be stopped. On the east side, Dan sent a 2-2-8 manning a 50 MTR to man the now abandoned 82 MTR. The 4-4-7 with the other 50 MTR would move to pick up the other now abandoned 50 MTR. A smart move that would not go unnoticed by my boy with Batterie 3... 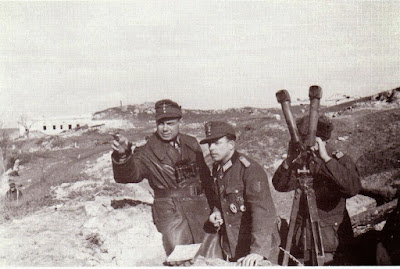 As we headed into Turn 3  - a look at Dan's penetration thus far. The original Romanian MLR was toast with brokies streaming back to the rear and with most of the Romanian officers dead on the field. 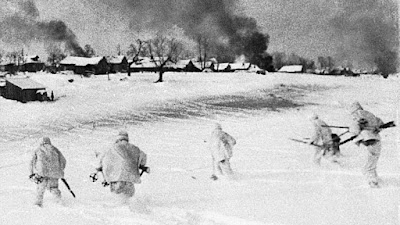 Dan's advance continued along the west flank. On the east flank, our guns traded shots. And the German 105's would dominate.

Dan's Stuart tanks would enter he battle and a lucky hit from a German 105 would knock out the lead Stuart. Additionally, my guns had eliminated the second 2-2-8 manning the 82 MTR and broken all of the squads with Dan's 9-1 with the HMG and both MMG's. Dan's base of fire had been all but eliminated. 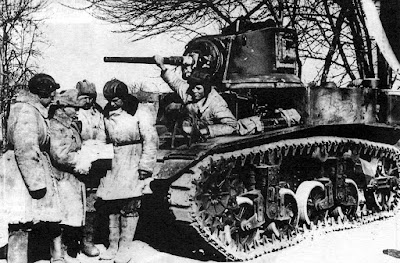 Dan was making great progress on the western flank and had taken 2-1/2 squads of Romanians prisoner. But his boys were now up against the Germans and starting to take breaks and casualty reductions. With their base of fire eliminated, Dan was not able to suppress the Germans on Hill 621. My 105's would also eliminate the second Stuart Tank. So Dan would have to rely on his infantry for the 10 VP exit points. 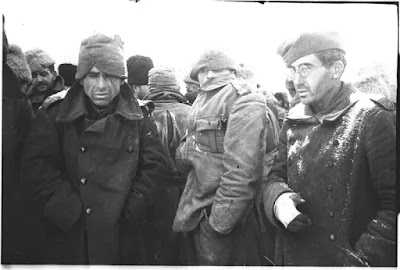 At this point in the game, I was down to 4 Romanian squads with no leaders. These were the units on the east flank that had largely been ignored by Dan's Russians. Overall, my Romanians performed very poorly. But their German brethren on the east flank were not going to do much better.

At this point in the game, the momentum was shifting away from the Russians. The 9-1 would abandon the HMG and both MMG's in order to rally the squads and get them moving forward. Taking prisoners had degraded two squads and losses and break had also diminished the power of the Russian infantry attack. Dan's attack was beginning to lose its steam. 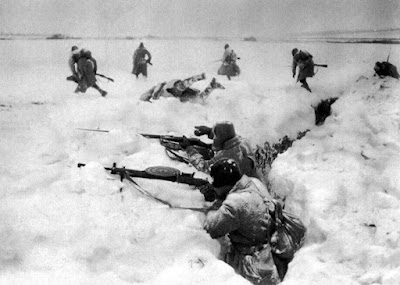 Dan's forces were also having to spend more time in firefights with my Germans, which limited the number of squads moving forward.

With my MLR basically obliterated I was down to two defensive pockets. The pocket on the east flank was in bad shape as the two 4-4-7's were both broken and their officers had failed to rally them. Their end was coming. 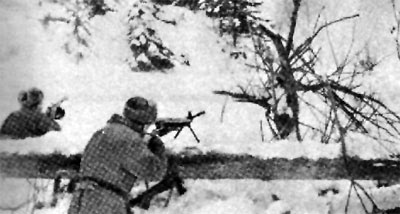 And Dan's boys were no longer in the "prisoner-taking mood"...

The battle was nearing its end. Dan would have to siphon off 10 VP to run for the exit and then regroup for a final push to take out the German guns. He had cleared the village and all the Germans there were dead. Only a single German officer remained to direct the attack. And he was trapped in a melee with three Russian squads. 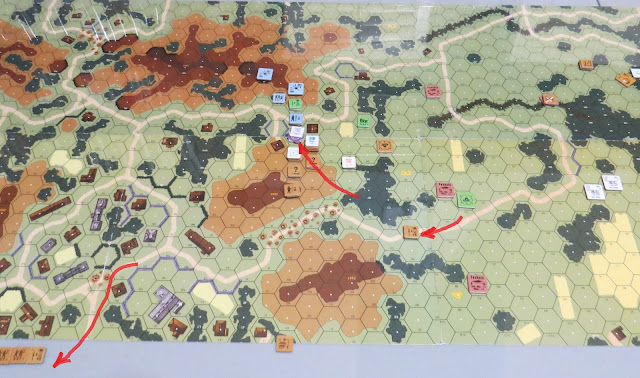 Dan would successfully exit his 10 VP. He would then start funneling everything he had left to go after Hill 621.  But my 9-1 had survived the Melee, because the German guns had fired into the Melee and broken everyone except the 9-1. He would go on to lead the final German/Romanian defense on the hill.

My 9-1 had held up under the strain and reorganized the final defense. 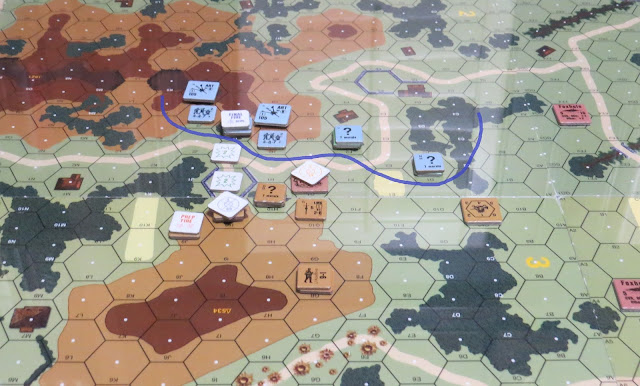 A look at the final German/Romanian defense line. Anchored by the 105's it would prove to be impregnable. 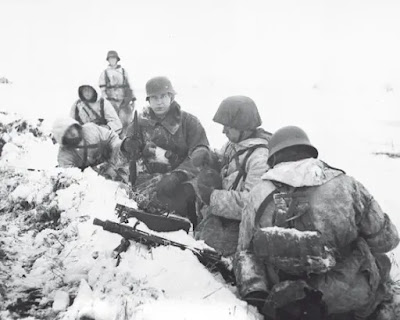 Dan would press his attacks, but the 105's would repeatedly deal out too much punishment. 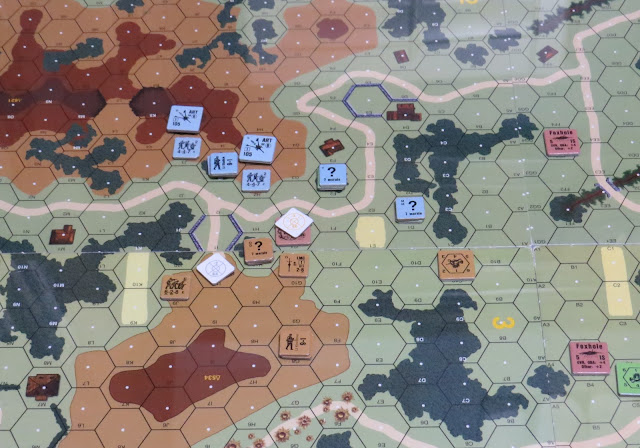 A final look at the battle as Dan gave the concession heading into Turn 10. The Russian force was simply too degraded to continue the assault. My thanks to Dan for what was a really fun game. It had many ups and downs for both of us and at Turn 4 and 5, it looked like the Russians would be unstoppable. But ASL is never easy to predict and the German 105's would secure a German/Romanian victory. This is a good scenario with great replay ability and good opportunities for maneuver. I would certainly recommend giving it a play try if you not yet had the chance to enjoy this scenario.

And now for Dan's Post Game comments:
"The plan did not work.  The infantry attack progressed very well and were able to break into the village and exit the needed VP.  But the Axis guns were getting hits and kept getting hits.  The guns knocked out the MTR crews, the 9-1 kill stack and both tanks.  Plus got hits on infantry attacking through the woods.  The closest the Russians came to the guns was three hexes and managed to break one crew.  But they stayed to rally and continue the fight.  With the tanks unable to exit infantry had to taking 8-1 and four squads out of the fight for the hill and guns.  In the end the Russians ran out of troops due to good gunnery by the German 105s.  Well played by Grumble Jones!"

So as we say goodbye to June and reach the half-way mark of 2022, there's much to reflect on. I have managed to play 61 games already this year. 61 would be a satisfying total for the year, so I'm very fortunate to be able to look forward to another great 6 months of ASL.
The Grumble Jones Blog has suffered a bit in May and June. The readership fell to its lowest monthly average since 2017. The Russia-Ukraine Conflict is certainly contributing to the lower numbers as my Ukrainian readers have vanished and of course the Russian readership has also been lower than previously. The blog will continue of course, but my expectations for it will be reduced for the rest of the year.

My buddy Dan is headed for a nice long vacation over the next three weeks with some work travel thrown in for good measure.

Here's to wishing him a fantastic vacation!

The best part of vacation is looking forward to getting back home to play some ASL!!!!
Thanks everyone for spending your valuable time at Grumble Jones.
Dan and I will return July 23rd.
As always...we will see you then!
Posted by GrumbleJones at 7:13 PM