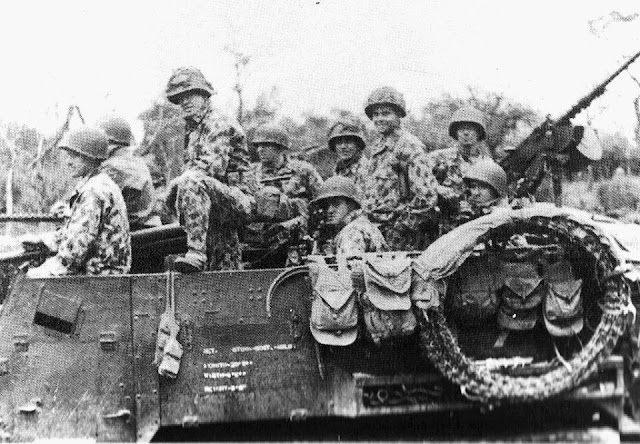 Happy May everyone! It's crazy how fast the year seems to be going. Just tonight, I played my 39th scenario for the year. That's an amazing pace, but should slow down a bit if I'm lucky enough to find gainful employment once again. I've been in Laid-off land for six months now...which is not something I even imagined was possible back in December. But life like ASL throws lots of curves at us.
For this month's scenario, I would turn to my favorite campaign...Normandy. I have always been fascinated by the US 41st Armored Infantry of the 2nd Armored Division. Their unique camouflage uniforms immediately set them apart from other US formations. They would quickly dispense with these uniforms after being mistaken for Waffen SS troops one too many times. 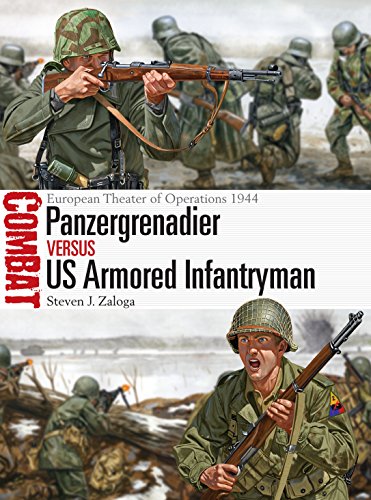 Osprey's Combat Panzergrenadier versus US Armored Infantryman would be my primary source material for this month's scenario. I love these books. 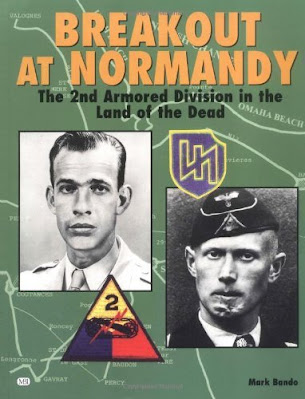 One of my favorite books that I first picked up in 1997 is Mark Bando's excellent Breakout at Normandy. This book would complement the information from the Osprey title.
I highly recommend this book due to its outstanding narration and the high quality of its picture content. 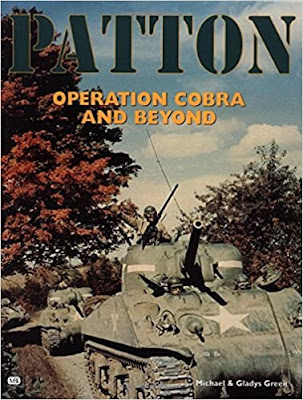 Another contributing MBI title would be Patton Operation Cobra and Beyond. This is another quality source, but covers much of the breakout from a strategic level. 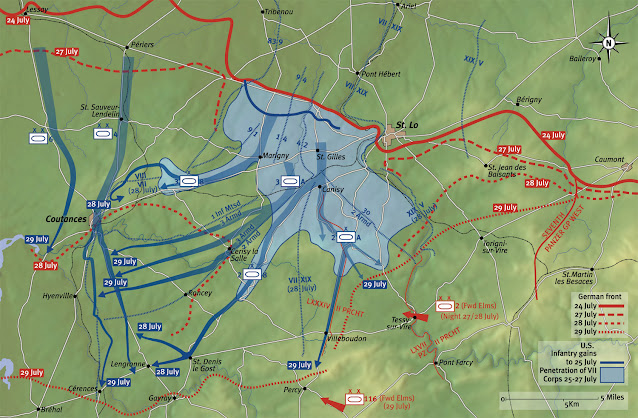 GJ095 Crossing the Red Line deals with the actions around Le Pont Brocard, Normandy. Le Pont Brocard was in the Panzer Lehr Division's defensive zone. The division had been brutally pounded by Allied carpet bombing. Immediately following the bombing, US units advanced south to cut off any surviving German units from recombining with other intact German units. The US 41st Armored Infantry was one of these units, which raced into the chaos and pass through the three German defense lives, with the last defensive line being labeled the Red Line. Fighting at Le Pont Brocard is of particular interest because both US and German forces would defend it from attack at different points in the early stages of Operation Cobra. My initial scenario design was based on the US defense, but after some reviews, I scrapped that one and went instead with the US movement against Le Pont Brocard. 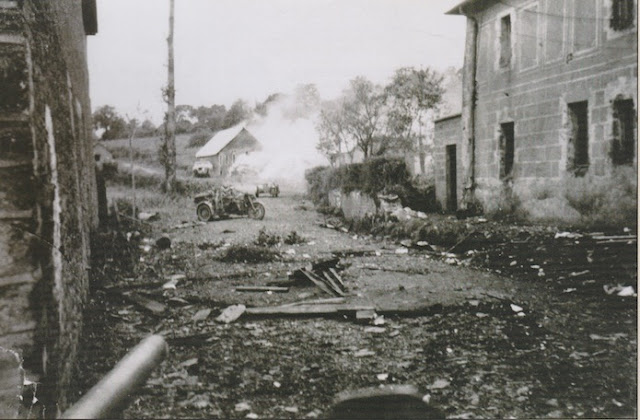 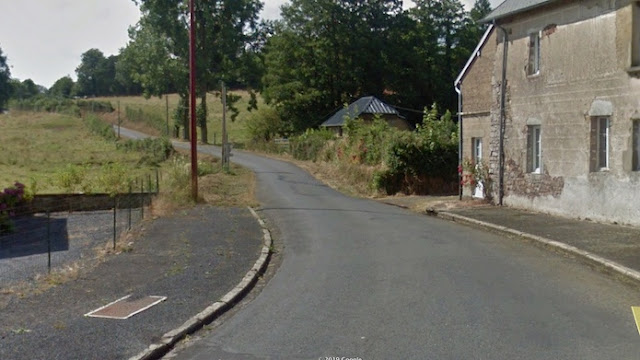 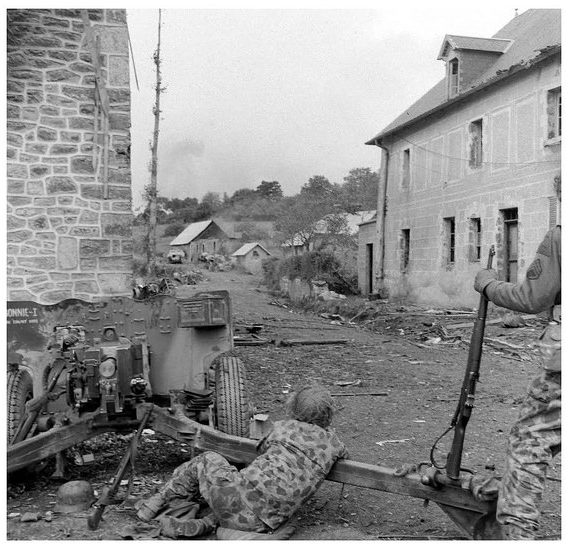 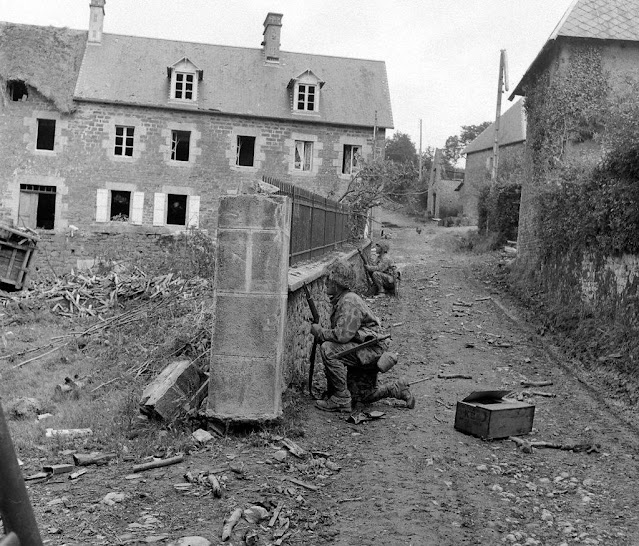 These pictures from the fighting at Le Pont Brocard are related to the US defensive efforts there as German units straggled through the area. As always, here's hoping that the scenario captures the flavor of the fighting at the time in Le Pont Brocard. Also, my thanks as always to Frank Leitz for assistance in creating the PDF versions of the scenarios, which are posted for download on the ASL Scenario Archive. 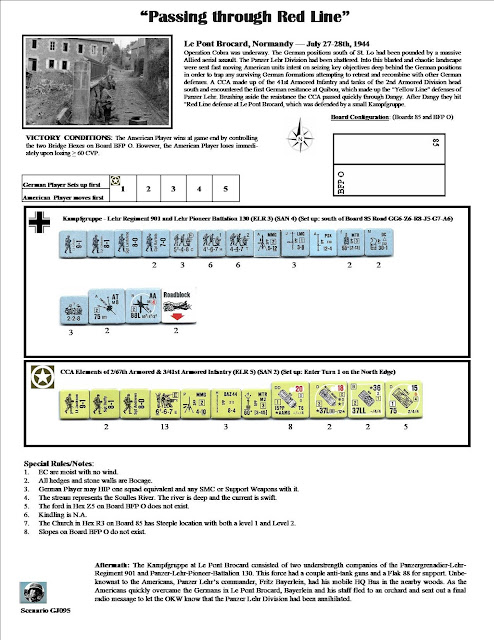 As always these monthly "Basement Quality" Scenarios are offered for fun only and as a thank you to the readers of this blog.
Remember to open pictures in a new window in order to maximize the size.
And as always, these scenarios can be downloaded from The ASL Scenario Archive
(just search on Grumble Jones).
Posted by GrumbleJones at 10:21 PM