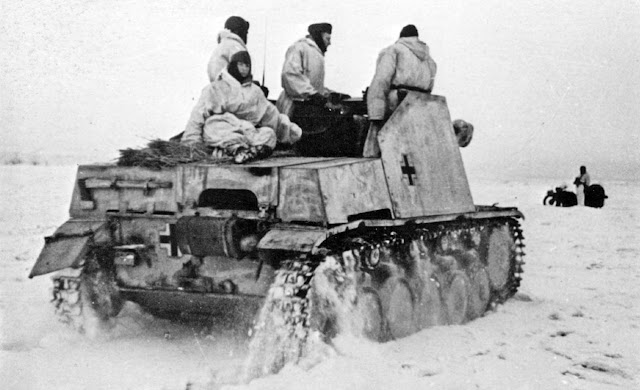 March is already here and with it, the next 2021 Grumble Jones Scenario. This month's scenario would be taken from the last days of the Stalingrad campaign as the Soviets sought to eliminate the pocket around the airfields and city itself. 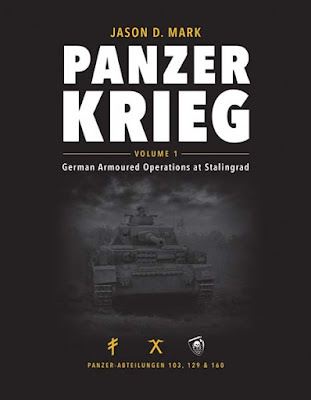 This month's scenario was found in the pages of Jason D. Mark's excellent Panzer Krieg Volume 1.  I'm a huge fan of his works and waited a long time for this volume. These are not cheap books, but the information contained in them is priceless. Mark's detailed writing is unsurpassed by any other author save perhaps Doug Nash.

In the course of reading the book, I was intrigued by a small snippet talking about Soviet probing attacks designed to cut into the German pocket and reduce it. The German airfields were the ultimate objectives. In one such case, the Soviets would succeed in punching through the defense only to be met with counter-attacking German armor and cycle troops. It's mind boggling to think the  Germans were even capable of such a response at the last stages of the Stalingrad Campaign. 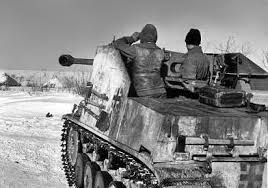 I have to believe that manning a Marder in the freezing cold was not ideal. I think a nice cozy MKIII would have been my choice!! Recreating the historical results of this particular engagement was challenging. The Soviets were somewhat cautious after punching through the initial German line. Certainly the extreme cold was just as uncomfortable to them  and with the Germans on the ropes, the Russians were less inclined to be reckless and lose men and machines unnecessarily.
For the Germans, continuing the fight seems from our vantage point to be completely hopeless, but the men of the 6th Army had never know this sort of defeat. It must have seemed unfathomable that Manstein would not ultimately reach them. Continuing to resist in a disciplined fashion is a credit to the quality of the early Wehrmacht. 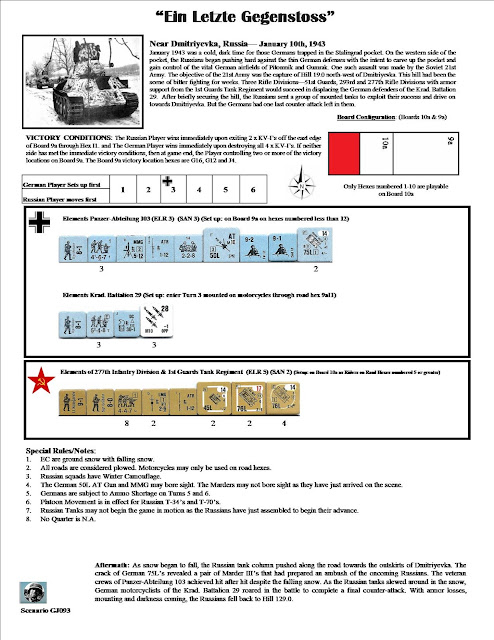 Here is this month's scenario. My thanks once again to Frank Leitz for his generous assistance in creating the PDF, which you can download at the ASL Scenario Archive. And my thanks also to Dan Best for his recommendations related to this month's scenario.
As always these monthly "Basement Quality" Scenarios are offered for fun only and as a thank you to the readers of this blog.
Remember to open pictures in a new window in order to maximize the size.
And as always, these scenarios can be downloaded from The ASL Scenario Archive
(just search on Grumble Jones).
Posted by GrumbleJones at 11:59 PM