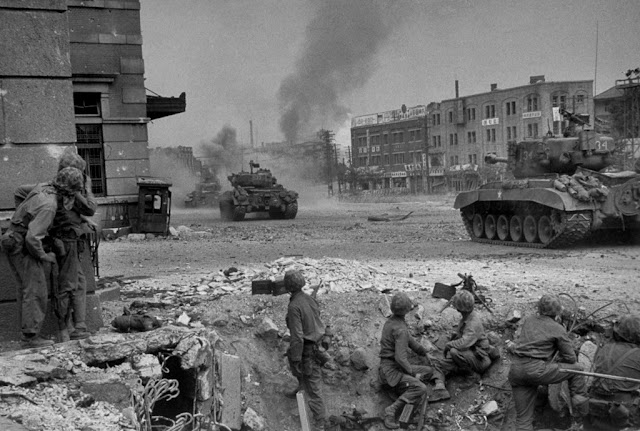 The weeks go by and time blends them together in an unremarkable canvas. You look back to reflect and ponder the best moments. There were a few this week. Chief among them would be employment. After a 17 week search, I accepted an offer with an energy company in downtown Tulsa. This will be my first experience working in a high rise building and the first time to work in the oil & gas industry. Oil & Gas is king in Tulsa and has been since the discovery of the Glen Pool, which would turn Tulsa into a city of millionaires in the 1920's and make Oklahoma the world leader in oil production for many years. 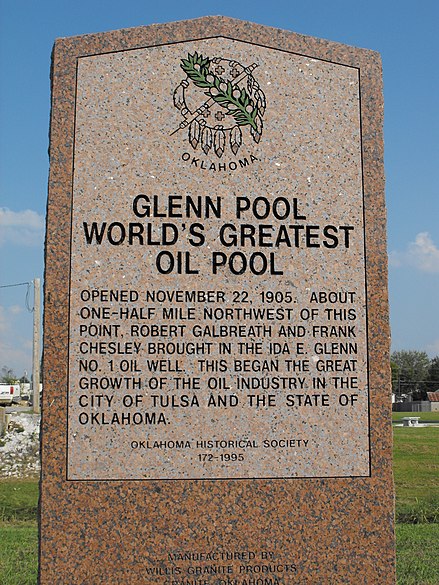 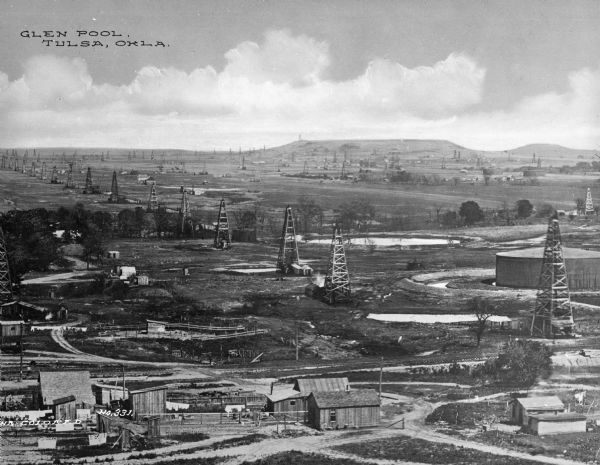 I live about two miles from Glen Pool, OK. 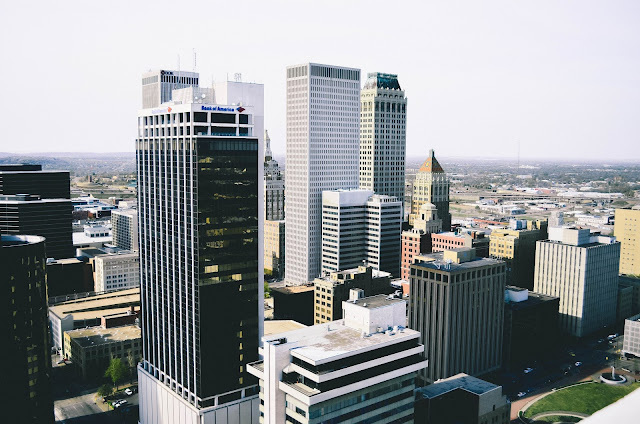 My new work home will be in the Bank of America Building. As many readers know, my wife and I were trying hard to find an opportunity back in Quincy, IL. We absolutely love Quincy and wanted to be there to support our daughter and grandson. But 17 weeks without a paycheck and no health insurance is not an easy thing. I gave it my best shot and applied to over 15 organizations in Quincy (population 40,000). I had 6 good leads that ultimately went nowhere. I left no stone unturned. At the end of the day, it was not meant to be. This new opportunity is truly fantastic in terms of benefits and it's work that is perfectly aligned with my career strengths. So, despite the bittersweet feelings of not being able to return to Quincy, I am so very grateful for such a great opportunity. 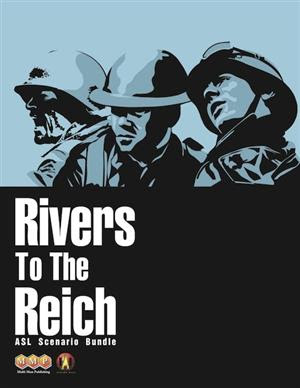 Our first game this week, would be Scenario U48 The Rag Tag Circus (adapted by Jim Stahler). I would have the German side and Dan's Americans would pretty much run right over me for the win.
I struggled to get average dice rolls and the situation for the Germans does not allow for misses. My one and only Panzerfaust shot would hit and then I would roll boxcars. I fought until the bitter end and my force was annihilated.
ROAR has it with 7 American and 5 German wins, so it's clearly winnable as the Germans. I just couldn't work it out.
Dan is usually very aggressive with his trucks. In this scenario the German AT Gun cannot setup HIP...so guess what ?  Yep, it became a parking lot for Dan's trucks. I often wonder if play testers fully understand what can be done with trucks. Our second game would be ASL Scenario 249 - Showdown in Syria (designed by Kevin Meyer). Dan would be the defending Indians vs. my attacking Vichy. The first couple turns were tight as the Indians dealt out a lot of damage. But as the game wound down, the Vichy has surrounded the Indians in the victory location building. With rout paths compromised by the Vichy vehicles, the Vichy were able to inflict the 15 CVP for the win. 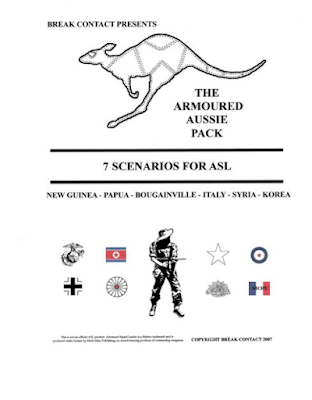 Our third and final game played on Saturday would be Scenario BC10 Groff's Grief (designed by Andrew Rogers). Set in Seoul, Korea, this a tough urban battle between USMC and North Korean troops.
Of the three games, I would enjoy this one the most. I had the USMC and two Pershing Tanks...hard not to enjoy a scenario when you have 7-6-8's!!!
American firepower is really a game changer in some scenarios. I would also get great performance from my 60 MTR's. Never take those for granted. 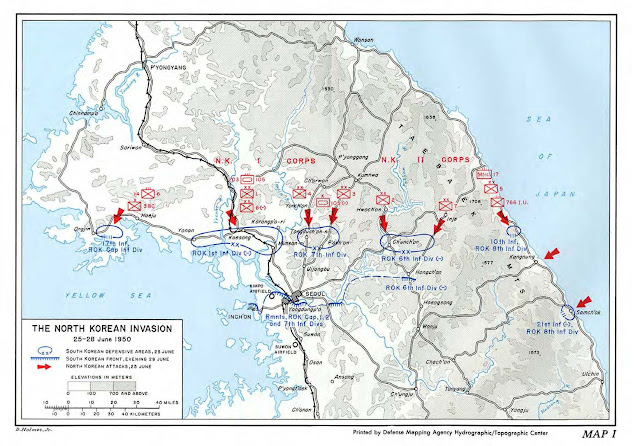 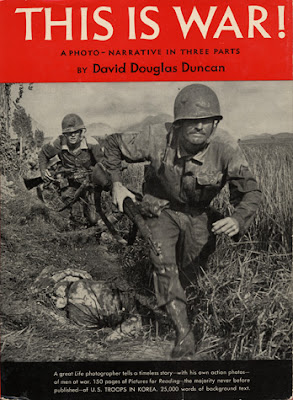 I have mentioned this book before, but This is War! by David Douglas Duncan is perhaps the greatest photo-narrative available on the Korean War. His photographs have an intimacy with men under fire that is very...very rare. His pictures from the battle for Seoul provide a definitive look at that battle. 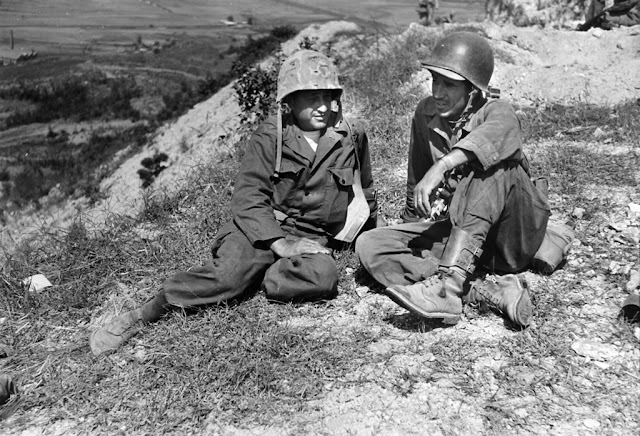 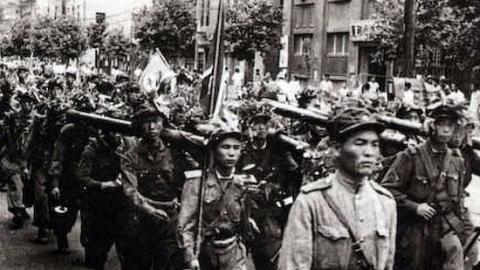 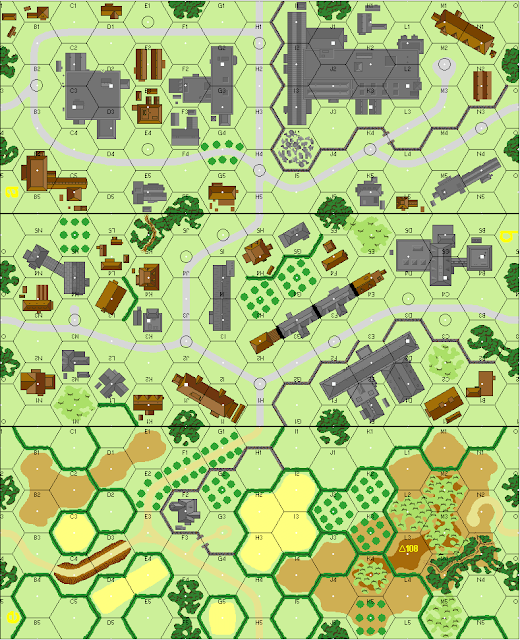 This scenario predates MMP's Forgotten War as well as LFT's excellent The Fight for Seoul. This is a DASL scenario and the more of these I play, the more I enjoy them.

And now for Dan's Pre-Game Comments:

"The North Koreans must hold out in one of 6 building locations for the win.  The plan is to build a defense around the buildings.  The AT guns will be in rubble in aI4 and the victory building aF3.  The roadblocks will stop approach from the east.  The two 6-2-8 squads will set up in the aI2 building with DCs.  Hopefully the tanks will come close enough for TH hero to get a chance." 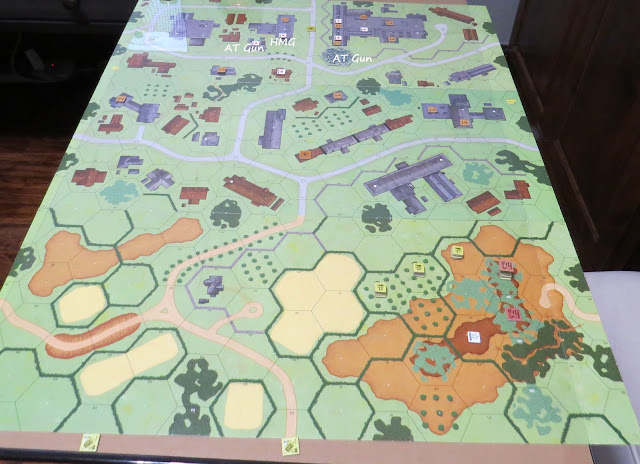 This scenario is 5-1/2 turns, which is a nice sized game. DASL boards also compress the battlefield and allow for quicker move to contacts. With a 6 range, my USMC boys were always within range of the target. I would place both mortars on the level 2 hill. By SSR, all buildings are single level. I would be able to see nearly every target from that location. 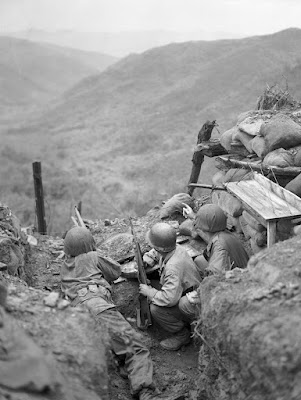 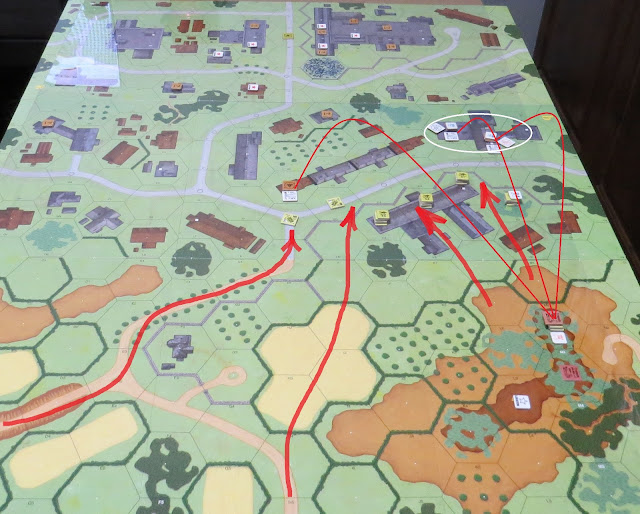 Turn 1 American - I successfully place Willy Pete in three locations. Two of these force Dan's concealed 4-4-7's to take morale checks. I kept rate of fire well beyond a reasonable amount and would break both a NK squads in front of me. This would allow me to move up quickly. 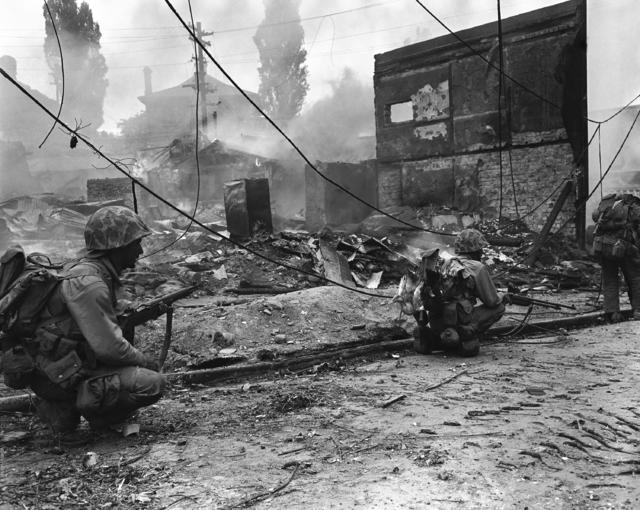 I credit my mortars for my early success in the game. They really cleared a path for me. 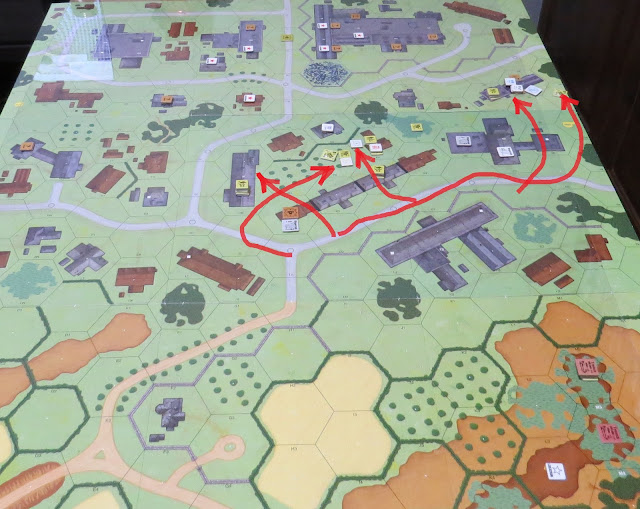 Turn 2 American - Not much action on this turn as I moved to try and keep Dan's brokies from escaping. 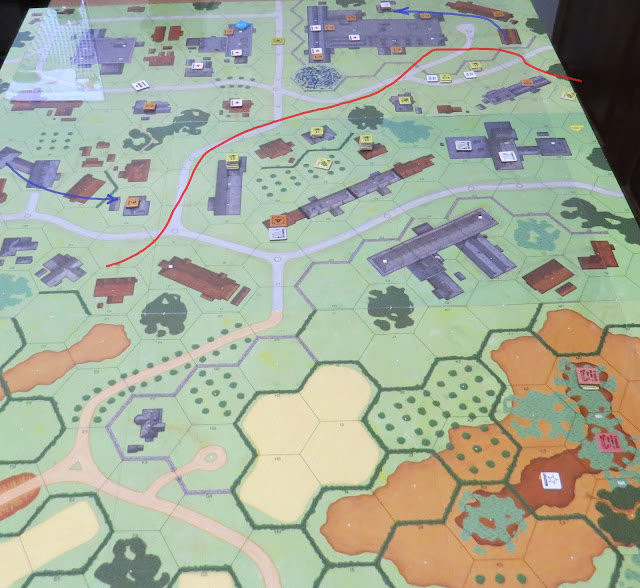 At the end of two turns, I had made good progress and could start the assaults on the 6 victory locations. 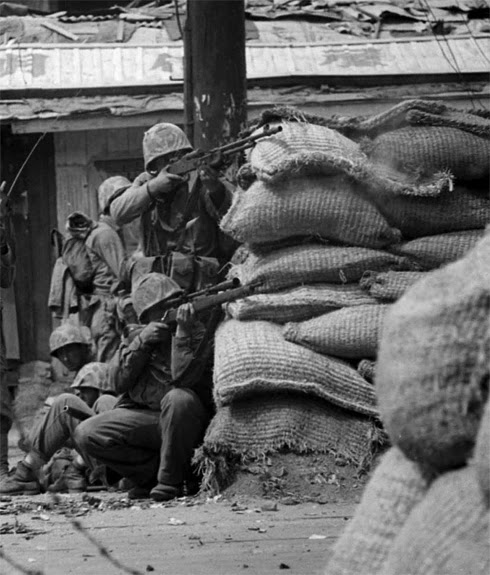 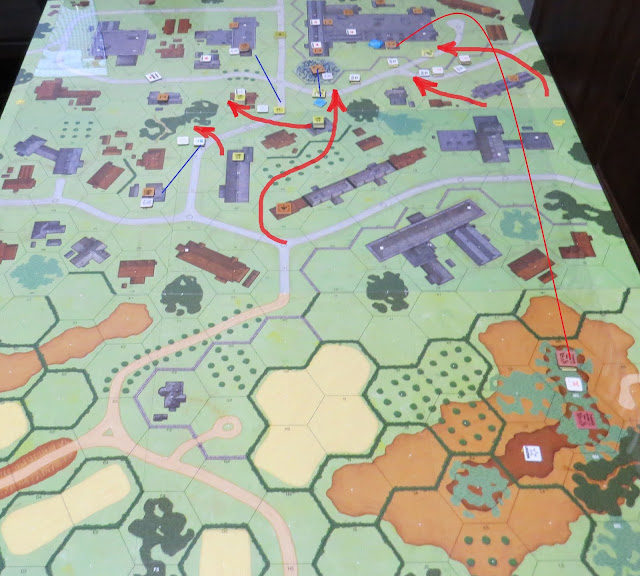 Turn 3 American - I make my first moves into the building complex. Dan's 1st AT Gun reveals itself in the rubble. I expected there to be one there. The 57LL Guns couldn't penetrate the Pershings from the front. 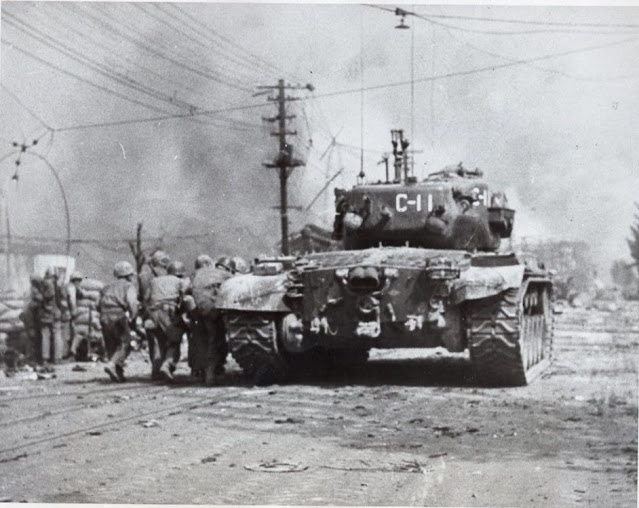 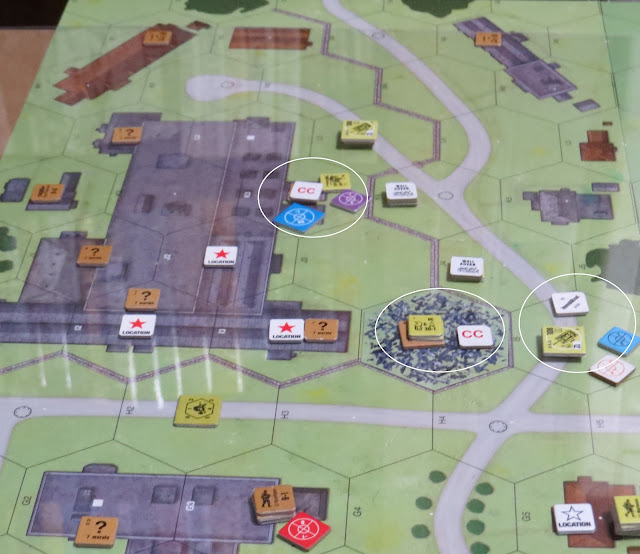 Dan's second AT Gun would go on a couple of rate tears and manage to immobilize one of my Pershings. I would kill the crew of the rubble AT Gun in Close Combat. 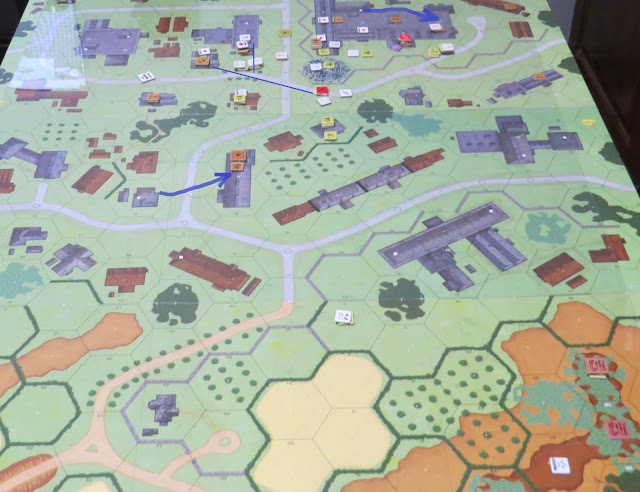 At this point in the game, I had control of three of the 6 victory locations. But Dan would send a 5-2-7 to harass my flank. 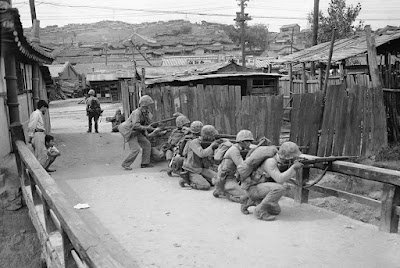 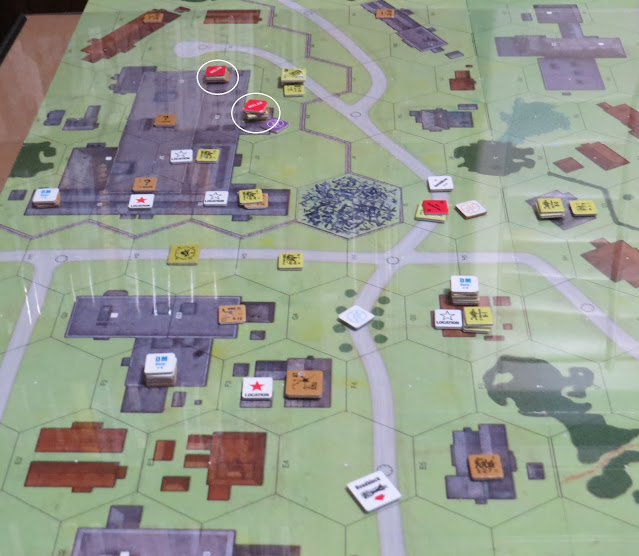 I would successfully break Dan's 9-1 and HMG stack, but his AT Gun was murdering my boys as they tried to exploit into the victory locations. And I was locked in Melee with Dan in two locations. 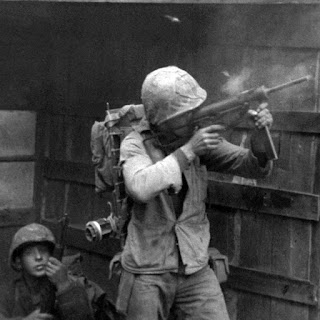 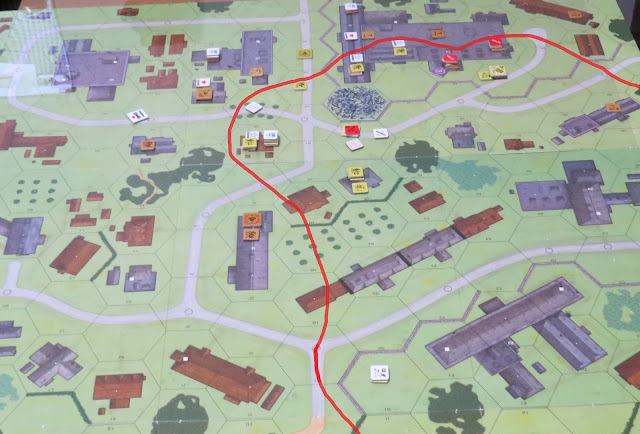 As we completed 4 turns, I had gotten to the victory locations, but was having some trouble pushing into the left. 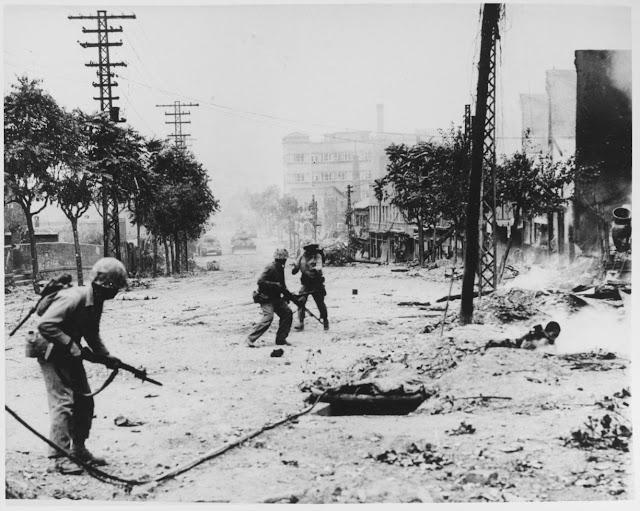 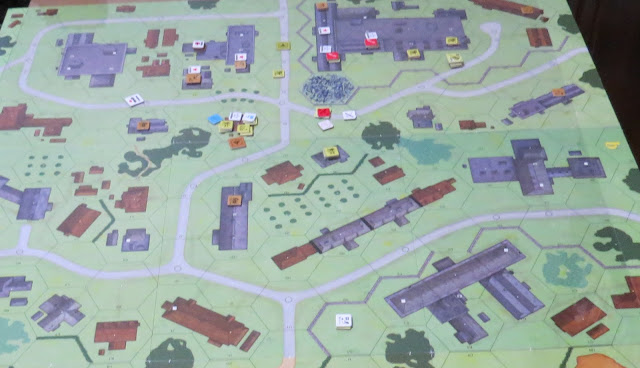 Dan and I would have four close combats at the end of Turn 4. I would wins two of them and the other two would stay in Melee. With that Dan gave his concession. The Americans were poised to take all the remaining locations with the next two movement phases. I wasn't convinced that the game was over at this point. I had line of sight to 5 of the 6 locations, but the last one with his murderous AT Gun was not going fall easily. But I think two back to back urban fights had sapped the emotions from both of us. And Dan was really tired of trying to fend off 7-6-8 Marines. So that was game. My tanks to Dan for a great three games of ASL. It's been a great 2022 to say the least.

"The plan did not work.  The Marine firepower was too effective.  With the MTRs able to break down the upfront defenders and the Marines able to prevail in CC.  Well played by Grumble Jones!  Congrats on a good street fighting win!"

with a playing of Counterstroke at Stonne...

one of the true ASL Classics!!!

We will See you then!

Posted by GrumbleJones at 6:18 PM